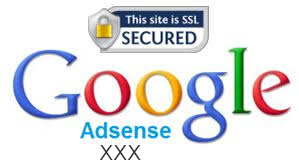 Recently, I discovered that bloggers saw a significant hit to their Adsense revenue after switching over to SSL. This is because Adsense requires that SSL web sites also support SSL-compliant ads. Google maintains that most ads are compliant, but users across the Internet have reported widespread reductions to Adsense revenue.

Financial Samurai reported on this issue earlier in January: “I spoke to the folks at Adthrive, and they said they’ve seen publishers experience a 30% to 90% decline in ad revenue.” Ouch.

This used to be an issue in the past. I have no hard data that indicates one way or another whether this problem continues to exist.


My personal beef with the SSL rankings signal

Next: AdSense code for dynamically generated pages AdSense ad code supports secure ad serving through Secure Sockets Layer (SSL) on all pages, including Hypertext Transfer Protocol Secure (HTTPS) pages. This means that publishers with secure sites, i.e., sites that are served over the HTTPS protocol, can use AdSense ad code to serve SSL-compliant ads. All sites should be secured with HTTPS — HTTPS provides critical security and data integrity both for your sites and for the people who entrust your sites with their personal information.
Some important things to know about the SSL-compatible ad code:


How to use the SSL-compatible ad code

To use the new ad code on your HTTPS-enabled pages, use either of the options outlined here:

Generate your ad code, and then copy and paste the ad code into the HTML source code of your page where you'd like the ad to appear.

To do this you'll need to make the following code change:

In the examples above, “http” has been removed from both script sources. The source URLs now begin with two forward slashes, like this: