The Empire of Public Health and Safety

The Empire of Civil Public Health and Safety

The Empire Public Health and Safety Page dedicated to golden silence in the garden of our mind. This perpetual-constant-present-moment is an enactment of detachment from the corporeal mundane and non-corporeal multiverse environment as one mindset.

Everything experienced in the present moments solidifies our mundane and dream-state lives, and then reciprocates back into the mundane and the back again tot he dream state.One feeds upon the other in self creationism.

This, The Empire, is an unavoidable constant solidification mundane to the multiverse dream-state synchronicity in waking-dreams. The Empire is a mental state of constant lucidity manifesting the multiverse lucid dream state and mundane corporeal world as one ocean, and one mind lucidity of constant present moment.

Also warns, without hardening the human mental firewall will cause sleep deprivation illnesses of schizo-effective disorders if the visual, auditory, and sensational hallucinations.

Therefore, According the DSM21 of waking-dreams procedures, and procurement that being lucid within their waking-dream-state, will experience and induce psychic shock by default schizo-effective disorders via sleep deprivation. 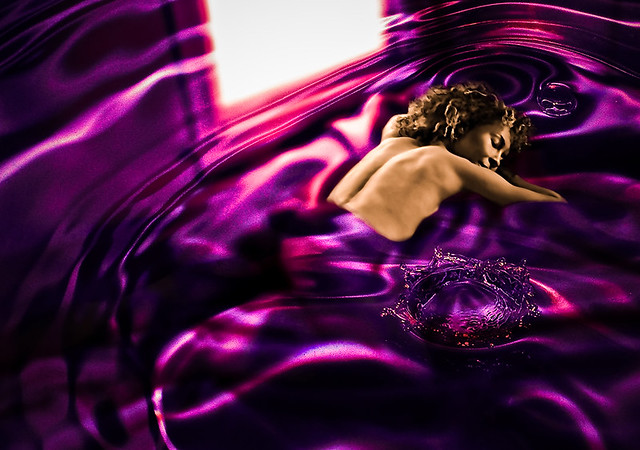 This is a common manifest by irrational fears of death creating maladjusted waking-dream states. To firewall the mind a safe launch into the lucid dream-state is the only safe method approach, but be mindful what you fear may haunt you.

A sluggish undisciplined mind regards non-corporeal mental-states translated as a death experience into the subconscious mind's self-preservation instinctive will slingshot the cadet returning to corporeal state setting back mental development.

This also causes sleep deprivation for cadet resonating a fear of sleep which the subconscious mind believes it is involved in a near death experience, but is not factual.

This also opposes waking-dream state experiences whereby a cadet will not recall the dream state and wake with voided memories and or fleeting memories of dream experiences.

This, The Empire, is an ancient wisdom erased from history to entrap and force the entire populations of earth into a schizo-effective prison-planet of insanity lacking cognizance of waking-dreams self-awareness and a over-all global lower IQ.

By not knowing how to fire-wall your mind by understanding irrational fears of death retards a cadets mental capacities. 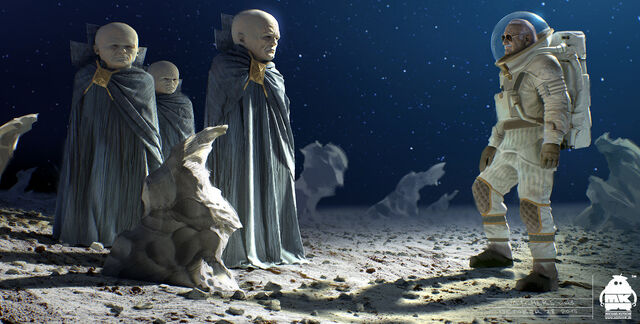 The earth is known as The Empire of Dirt, and the human who are trapped their are known as dirt-eaters to the stellar-fleet personnel.

The ancients before the failed-Empires predating Sumerian civilization were the Power-DNA race, also currently known as the master-races that created monoliths of massive stone structures throughout earth’s civilizations and upon other planets in our stellar system.

This architects were quantum-entanglement geniuses and these structures are among us today in the 21st century.

Those who own earth and who secretly rule over the human populations of earth have rewritten history into fairy-tales lacking the history of advanced ancient technological civilizations,

This recreating history in manifested into story books known as religious holy-books of their own creation, and furthering their “Mastering The Human Domain" of earth.
The Empire of this master-race is of an alien powder-DNA, (PDNA), which recreated history refuses to acknowledge ancient industrialized FTL-star-traveling civilizations that currently reside in our oceans, in deep underground cities and on planets in our stellar-system. The Empire's PDNA race is not entirely human by nature as we have been allowed to believe and-or understand.

This PDNA is far-more intense with lucidity of waking-dreams and the power of the present moment.
The PDNA is naturally occurring lucidity with memories of history, technology, and acquired knowledge of their many lost civilizations within our stellar-system,

The position of planets, stars positions, distant galaxies and far more are all encoded as if the experiences were yesterday and remembered in full.
This PDNA knowledge of advanced math, economics, ZPE technologies, and all wisdom of the ancients is kept secret from humanity as your read these words of this present moment. 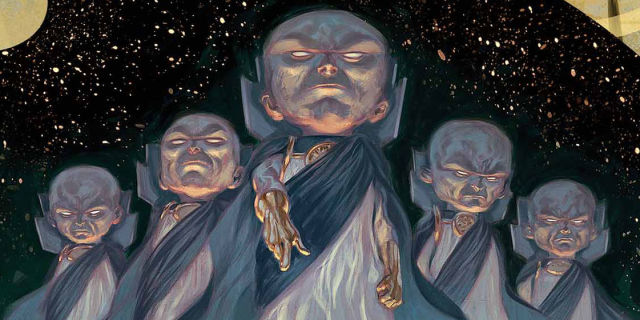 They are an ancient remanence of a once ancient military-industrial-complex-civilization.

These, who mastered star travel same as the secret space programs now exist.  They destroyed themselves in a stellar war here in our solar-system.

The events have been recorded in the Hindu books Mahabharata (महाभारत): One of the two major ancient Sanskrit epics of India, the other being the Ramayana.
This PDNA, known as the master-race of alien DNA survived by masking their appearance to the likeness of us homo-sapiens, us human-beings.

So they needed to copulate breeding with human race in order to hide their nearly transparent pale-white-skin, huge capensis homo-erectus heads and crystal-white-blue-green-eyes. These PDNA sapient exist till this day and the only recorded history of them is in the Hindu ancient historic and religious writings known as the “powder-race” of super human warriors who spoke with their minds and not entirely by their lips, but both at the same-time.
The PDNA would read the minds of their enemies defeating them all before. The capensis homo-erectus would interrogate their  enemies in their dream-state and during in battle knew their every move even before their opponents did.

Only few powder race reside in the bowls of earth of northern and southern polar regions of earth.
They harness the magnetic etheric fields of earth for energy power resources.
When the breeding stock was perfected in the last breeding cycle, known as the equal sentient and were no longer noticeable by sight.
After the last procreation they spread like locusts to the four corners of this world, created all known religions with exception of the Hindi religions were and remain almost entirely untainted hidden from these ancients.

The capensis deeply despise the Hindi-Race, but they could never conquer them in wars from before their apocalypse which destroyed their military industrial civilizations of ancient times.
Till this present day they walk among us as the money changers, genealogical master race of globalist that walk by us in city streets every-day.

The pure blood capensis may be your friends, but they are all lucid in their dream from within the womb till the moment they are born. To speak wrongly of their white skin is a crime and racist and forbidden even to mention their ethnicity, thus our Master Race of all.
These masters of the human race have star-trek level technologies known as time-space warping quantum-entanglement trans-dimensional technologies.

This technology will be used to invade earth in a preplaned false alien invasion in order to sell all who remains to real-life alien races from other worlds.
George Orwell, (a known historical published writer), was instructed by the PDNA to write a crypto globalist predictive-programming propaganda book called “1984”.

Who are the UFO aliens visiting planet earth? They Are The Aliens from within slowly evolving the human-race into extinction. 500-million earth population. Email ThisBlogThis!Share to TwitterShare to FacebookShare to Pinterest
Labels: Empire of Civil Public Health and Safety