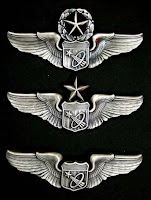 WATCH ABOVE; At a public meeting of the National Space Council Monday, U.S. President Donald Trump announced the establishment of a space force as the 6th branch of the military.

U.S. President Donald Trump, (POTUS45), has instructed the Pentagon to establish a “U.S. Military Space Force of Stellar Operations and Readiness” as the sixth branch of the American military.


The Air Force has requested a budget of US$156.3 billion for next year. It’s unclear if the price tag for Trump’s new Space Force will be identical.

The U.S. military currently consists of five branches: Army, Navy, Air Force, Marines and Coast Guard.
“It is going to be something — so important,” Trump said.

Trump said, in a speech delivered at a meeting of the National Space Council: “When it comes to defending America, it is not enough to merely have an American presence in space,”


Trump said at the time that he first came up with the Space Force as a joke, but quickly became enamoured with the idea.

“I was saying it the other day because we are doing a tremendous amount of work in space,” he previously said. “We’ll call it the space force and I was not really serious, and then I said, ‘What a great idea. Maybe we’ll have to do that.’” 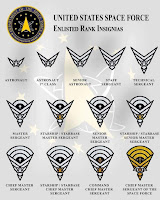 Trump ordered the U.S. Department of Defense, (USDOD), and the Pentagon to “immediately begin the process necessary to establish a Space Force defined and also known as traffic control.

The United States of American has fallen behind in a space pesence that Russia, and Their Allies are now leading above and beyond the U.S.

The president characterized his own announcement as a “big statement,” and added that the Space Force and the Air Force will be considered “separate but equal.”


The Air Force has requested a budget of US$156.3 billion for next year. It’s unclear if the price tag for Trump’s new Space Force will be identical.


"The Future of Humanity" is written and published by author Dr. Michio Kaku who speaks in this video above on President Trump's new space directive.

The Above you-tube video is SecureTeam10 channel and presents their alternative conspiracy perspective.

Many whistle blowers describe the existence of a military Industrial Complex space fleet currently in operation since the 1940's.


They call it the "Secret Space Program in which this video describes why many compartmentalization test piloting programs may-be in opposition to this new 6th military branch of service not unless they merge.


This already existing secret-space-program will become more fluid through the "Space-Force".

Have advanced since before 1940's 2k to 50k year advanced technologies already in operations within, above and beyond our stellar-system base of operations; so they say.

I love science-fiction is why all this intrigues me so. This is really fun to research up on and now the possibility that some of these modern mythologies of science-fiction regards the "Secret-Space-Program" makes life a little more exciting. 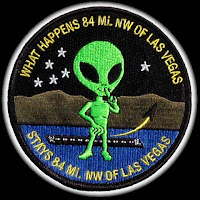 Trump then commanded General Joseph Dunford, Chairman of the Joint Chiefs of Staff, to “carry that assignment out.”

Trump’s stance is at odds with previous statements by the U.S. Air Force Secretary, Air Force Chief of Staff, and James Mattis, Secretary of Defense, who all came out in opposition to a Congressional initiative in 2017 to establish a Space Corps. Mattis wrote in a letter:


I oppose the creation of a new military service and additional organizational layers at a time when we are focused on reducing overhead and integrating joint warfighting efforts.

Trump’s initiative thereby stands out since he has gone against the recommendations of his most senior military advisors.


The United States of America will soon have a separate Space Command, that will better organise and advance the military's vast operations in space. The Space Command is expected to improve the US military’s technological advances in space. Today in IN DEPTH we go into the details of what is the US Space Command ... what was the need to create it.

Trump announced today in a speech and confirmed a 6th branch of the military called the "Space Force".

The "secret space program" whistle-blower and wiki-type leakers are claiming that they have been validated by saying that this new Space Force is the "Secret-Space-Program that they have making money off of all long.

So in this video topics mention will be discussed and the main stream media's reaction along with twitters tweets on this new breaking subject in this video.